Moroccans farmers all across the Rif mountains have been using the Moroccan landrace for making hashish for the last 6 decades. Morocco has been the world’s leading producer of hashish since the 1980’s. Whether in an Amsterdam coffee shop, in a major western European city or during a trip to Morocco, most hashish enthusiasts have come across that blonde chocolaty  Moroccan resin. Today however, the variety of cannabis used for making the famous Moroccan hash is in great danger of extinction.

Moroccans started producing hashish in Morocco in the late 1960’s following an increasing demand from the west.

Morocco is part of the traditional hippy trail of the 1960’s and 1970’s. Hippies coming from the western world may have helped modernize the Moroccan cannabis industry. They introduced the sieved hashish making process. Before that, Moroccan did not export much cannabis. They would only consume Kif and Majoun. Kif is a Moroccan Arabic word to describe the dried cannabis flowers (Marijuana). Kif is also the name  of the traditional local landrace strain. Majoun resembles a pastry ball and contains various ingredients such as dried fruits, nuts, honey and of course, kif. Majoun or Majun is an ancestral Moroccan confection.

The sale of kif in tobacco stalls was legal under the French and Spanish Colonial governments up until the independence of Morocco in 1956. 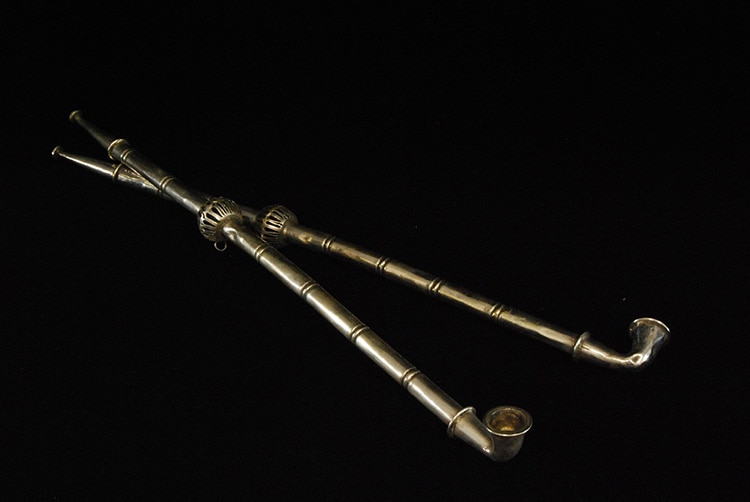 First cannabis plants in the Rif

The first cannabis seeds have probably been brought to Morocco from central Asia by the Phoenicians around 1000 BC.
Around that period, Phoenicians were building trading posts along the Mediterranean see. These people were notorious conquerors, outstanding sailors as well as cannabis enthusiasts.
According to other sources, the introduction of cannabis appeared later in the Rif region, during the Arab invasions. However, by all accounts, kif has been grown in the Rif for at least 1000 years! This is more than enough time for a cultivated plant to adapt to its environment. Over the centuries the plant developed some specific characteristics.

It is very complicated if not impossible to know the genetic makeup of the Moroccan Beldia. However, it is likely to be a hybrid between middle eastern strains such as Lebanese, Syrian and Iranian landraces and South European Hemp varieties. That would  explain why Kif plants have very narrow leaflets and produce relatively high levels of CBD. Of course the hybridization would have occurred several hundred years ago. Therefore, we can say that the Moroccan Beldia is a true landrace. 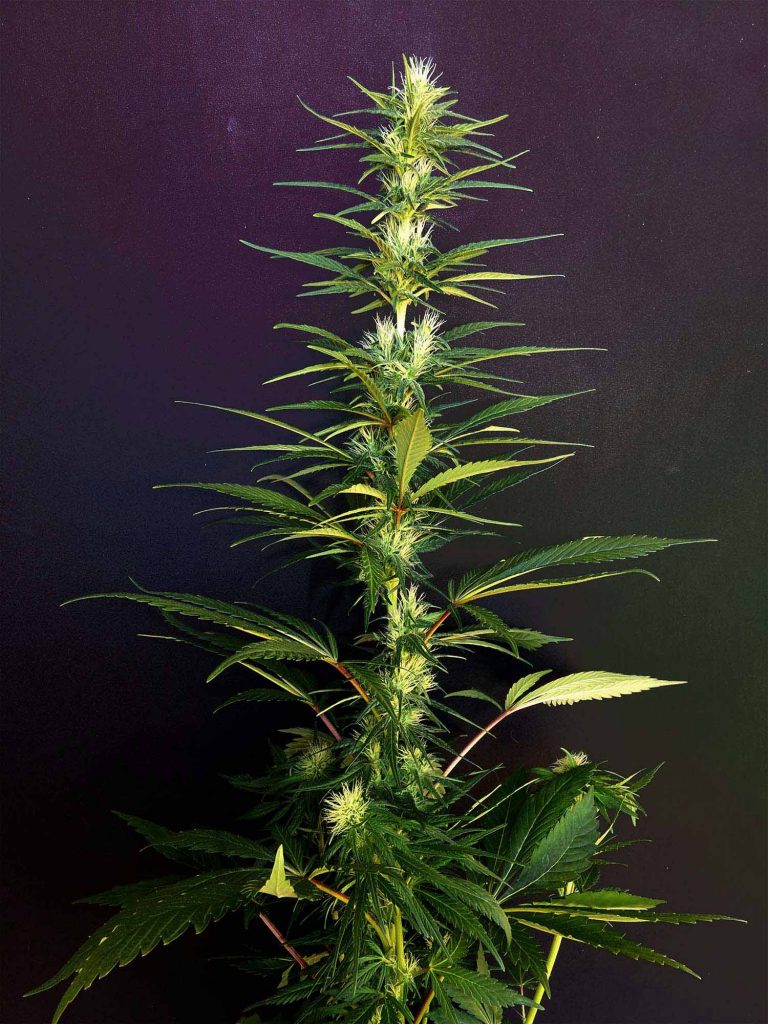 The Riffians traditionally cultivate kif at high elevations in the remote northern Moroccan mountains. The area of Morocco that receives the most rainfall.

Over the centuries, kif has had to adapt to a gradual desertification process. Because summers have become dryer and dryer, it has become increasingly more difficult for the kif to keep growing and flowering until fall without much water.

Most cannabis plants usually enter into flowering around August, when the day length starts decreasing rapidly. However, Moroccan kif starts flowering as early as the end of May. In other words, kif plants enter into flowering despite the fact that the days are still getting longer, lengthening towards the summer solstice of June 21st.

Natural Adaptation To The Environment

Over the centuries, kif plants have adapted to a summer with less and less rainfall becoming Quasi auto-flowering. The only other auto-flowering cannabis strains come from cannabis ruderalis. It is a low-thc Cannabis species originating from Eastern Europe and Central Asia. Cannabis Ruderalis flowers early because the Estern European summer is short and fall season is to cold for the plants to fully mature. Likewise, Kif has gradually started flowering earlier because the end of summer and early fall is too dry for the plant to keep growing. It is not an auto-flowering variety per say but it requires much shorter dark periods than most cannabis strains in order to enter its flowering stage.

The Moroccan Landrace called Beldia by the locals is therefore an extremely fast-flowering Sativa. Its seeds are beige, small to medium. They can be stripeless  or have a few stripes. Many kif seeds appear stripeless because these were collected from the hash sieve. During the hash-making process, the outer seed coats peel off, hence the stripeless appearance.

Moroccan Kif has also adapted to hot and dry weather thanks to Moroccan cultivators. Over time, its leaves have become narrower thus reducing its water requirements.

Riffian farmers have made this adaptation possible by working hand in hand with nature and selecting the plants that were the most suitable for  these conditions. It was a slow, gradual selection process that gave the Moroccan Landrace its unique characteristics, smell, taste and effects. 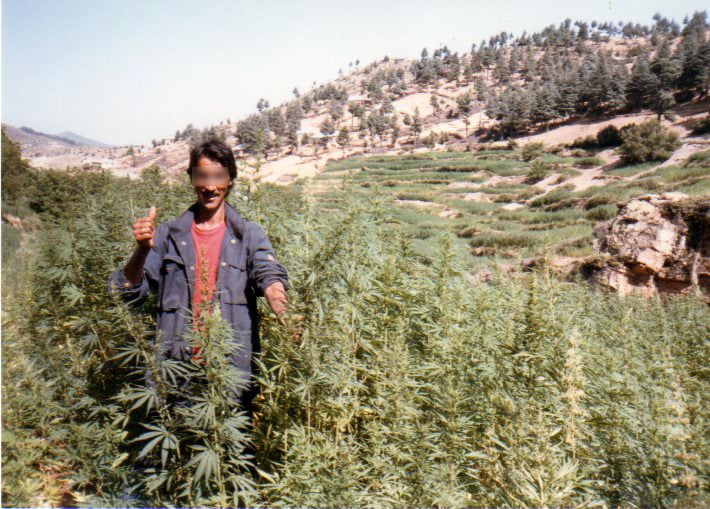 Because of the high demand for Moroccan hashish, especially from Europe, the way Riffians cultivate cannabis has changed drastically.

The traditional kif used to be grown for its fine flowers. Farmers would only grow a few kif plants for their personal consumption alongside other crops. They used to be able to take great care of their small cannabis plot and therefore save seeds from their best plants for the next year. This is why the traditional Moroccan landrace is a beautiful sativa with many branches and a sweet honey smell with hints of mint.

However, modern Moroccan kif plants also have the genetic potential to produce some very high quality flowers.
But only a thorough breeding program over many generations could bring back the original kif varieties from before the 1960’s.

Although Moroccans have only been making hashish for about 50 years, kif has been around for a long time! Moroccans used to smoke the marijuana (Kif) mixed with tobacco with a sebsi pipe (A long wooden pipe with a narrow clay bowl and a fine metal screen).

Berbers have inhabited the rif region for over 10.000 years. Over time, they have developed a sophisticated agricultural society. Berbers are divided into many ethnic groups including the Riffians. One of the berber groups that settled in the Rif region, a mountainous area of Northern Morocco.

A thousand years ago, the rif was a lot greener and rainfall was much more abundant which allowed Berber peoples to develop fairly elaborate agricultural techniques. Riffians traditionally cultivate kif at the high elevations of the remote northern Moroccan mountains. 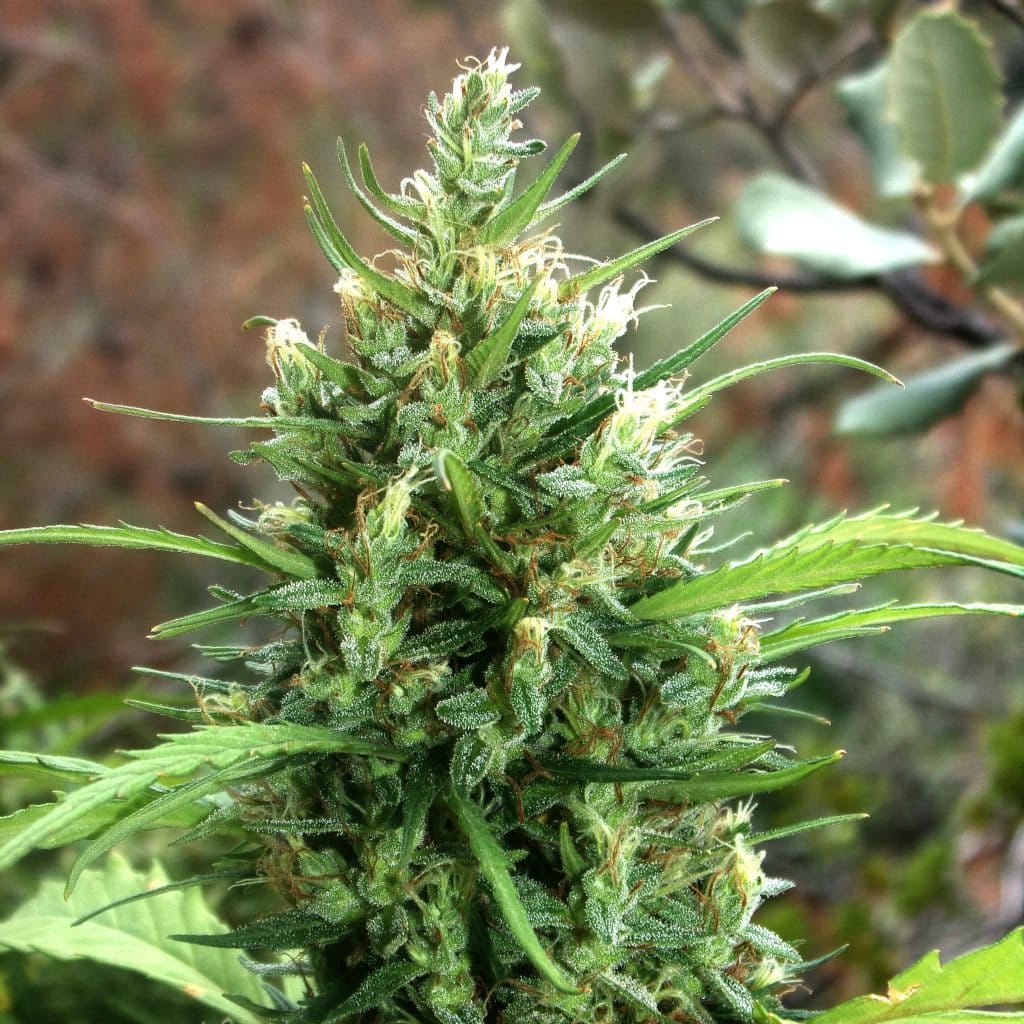 On August 12th, This Beldia is almost ready to be harvested.

Today, Moroccan kif looks nothing like it did 50 years ago. Most plants are shorter, produce smaller lateral branches and fewer resin glands compared to their Riffian ancestors. Many modern hybrids are now growing throughout the Rif but these are not to be confused with the kif.

1)The cultivation methods: The plants grow too close to each other, receive chemical fertilizer, farmers harvest them too soon and sun-dry them.
2)Lack of selective breeding: Moroccan farmers no longer keep the seeds from the plants with the most desirable traits. Nowadays, they often mix all the plants together to make sift-hash and collect the seeds after sieving.
3)Cross-pollination: Pollen from foreign varieties as well as hybrid strains has mixed with the local kif.

Not only did the Moroccan landrace decrease in quality and potency, it became rare. Because of modern growers lured by profits, the landrace itself is now disappearing from the Rif. Before the introduction of foreign genetics, the hash produced in Morocco had high levels of CBD. It was usually a 2 to 1 ration with 2 parts THC for one part CBD. Its sweet minty taste was also unmistakable.

In the 1980’s, cannabis tourists brought seeds of other varieties as they were traveling. Later, in the 1990’s, Moroccan growers started going to Afghanistan and Pakistan to bring back some Indica seeds that would produce more resin as well as more THC. Of course, many Riffian farmers do not bother removing the male plants so huge quantities of pollen fly all across the Mountains and most female plants are fully seeded comes harvest time.
Today, more and more cannabis farmer are importing genetics from European and American seedbanks. These are hybrid seeds for the most part.

Although they generally produce higher yields and quality resins, hybrids are not well adapted to the Moroccan climate. They flower late and require a lot a water. Unlike kif plants, it is not possible to grow modern hybrids in the Rif without a constant irrigation. This can eventually become a serious problem for Morocco where water is very scarce. 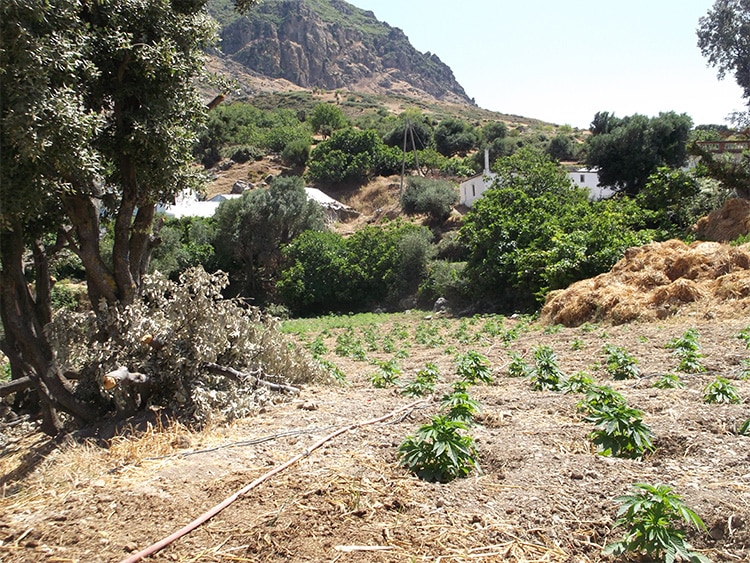 Modern hybrids quickly replacing the kif landrace throughout the Rif

Because of the cross-pollination across the Rif and the international pressure to cultivate higher THC and smellier strains, the areas where traditional kif grows are few and far between. The Beldia’s cultivation areas are shrinking year after year.

Kif plants are very different from most cannabis plants. They can grow almost without water and need very little fertilizer to thrive. They have a unique terpene profile and chemical makeup.

It is therefore paramount for seed breeders and growers around the world to save and preserve the Kif landrace seeds. There isn’t much time left before the genetics are lost forever.